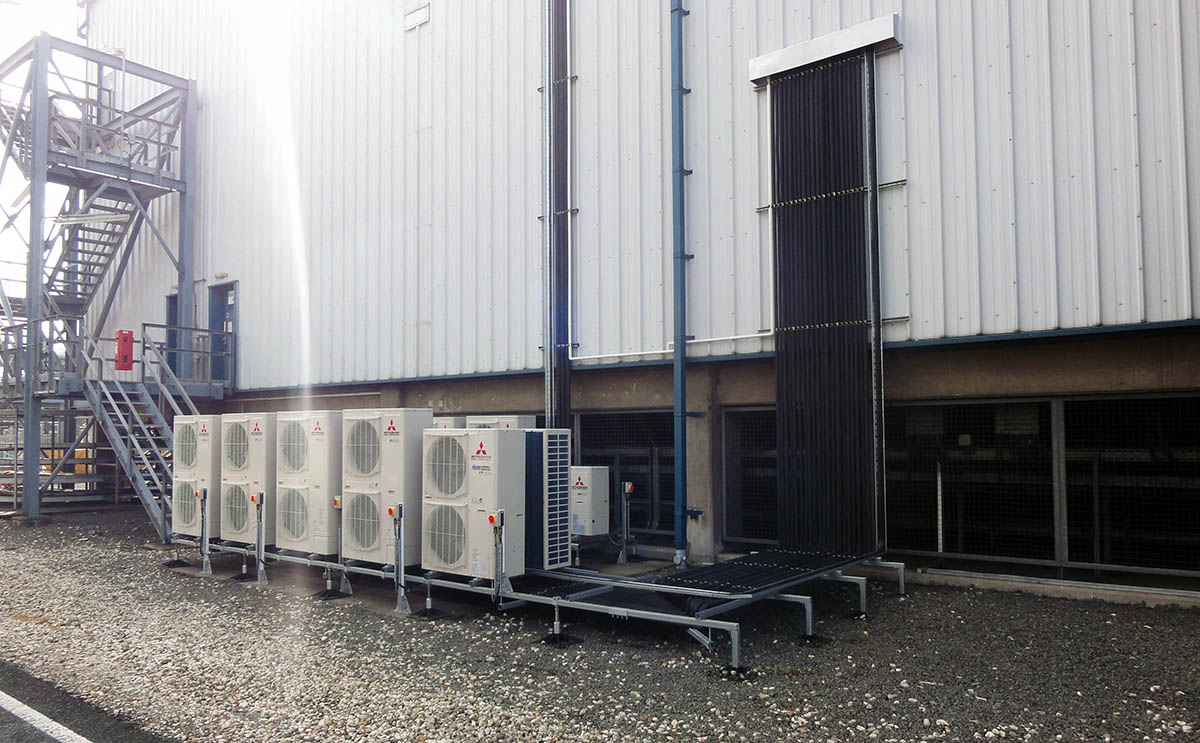 VPI is one of the largest, cleanest & most efficient CHP plants in Europe, capable of generating 1,240 megawatts – about 2.5% of UK peak electricity demand.
VPI also produces 930 tonnes of steam per hour, which is used by nearby oil refineries; Conoco Phillips 66 & Lindsey Oil Refinery to turn crude oil into products such as gasoline.

After a twin Lennox ducted chiller system, cooling a large substation electrical switchroom, reached the end of its economically serviceable life, Torr were commissioned to design a system that was efficient, less prone to breakdown, provided 100% redundancy backup and was in budget.

Two options were investigated & presented in detail. The first was to replace the existing Lennox ducted chiller with a similar system; utilising the existing ducting with additional new branches to serve a recent extension to the substation.
This option was finally rejected due to the additional substation floor space that would be taken up by the new air handling units, and because it was significantly more expensive than the second option.

The second and chosen option was to use a network of ceiling cassette split air conditioning systems. The benefits of this option were no impact on floor space, more easily serviceable units, the reduced impact if any one part of the system went down and a saving on the cost of using a similar chiller system previously installed.

The new system comprised of 14 indoor ceiling cassette air conditioning units to serve the main switchroom, and 2 indoor ducted systems to serve 2 UPS battery rooms, attached to the substation, that provide an uninterrupted power supply to vital equipment in the event of a power cut.

Throughout the 10 week project we installed…

And over a kilometre of wiring!

A before & after view of the high level pipe mechanical services.

The installation as a whole is split in to 2 separate systems, A & B.
The indoor units for each system are distributed evenly throughout the substation.

A Changeover panel runs system A for 1 week, then switches over to system B for 1 week, with either system being able to satisfy the cooling demands of the substation – providing 100% redundancy backup.

The changeover panel also has the ability to bring in the standby system, if a high temperature set point is reached, so both systems and all air conditioning units run at the same time.

This provides emergency backup in any period of exceptionally hot weather, although all throughout the 2019 – the hottest summer on record, the standby system was never called in to action. If it ever was, it would provide a total of 192kW of cooling at peak output.