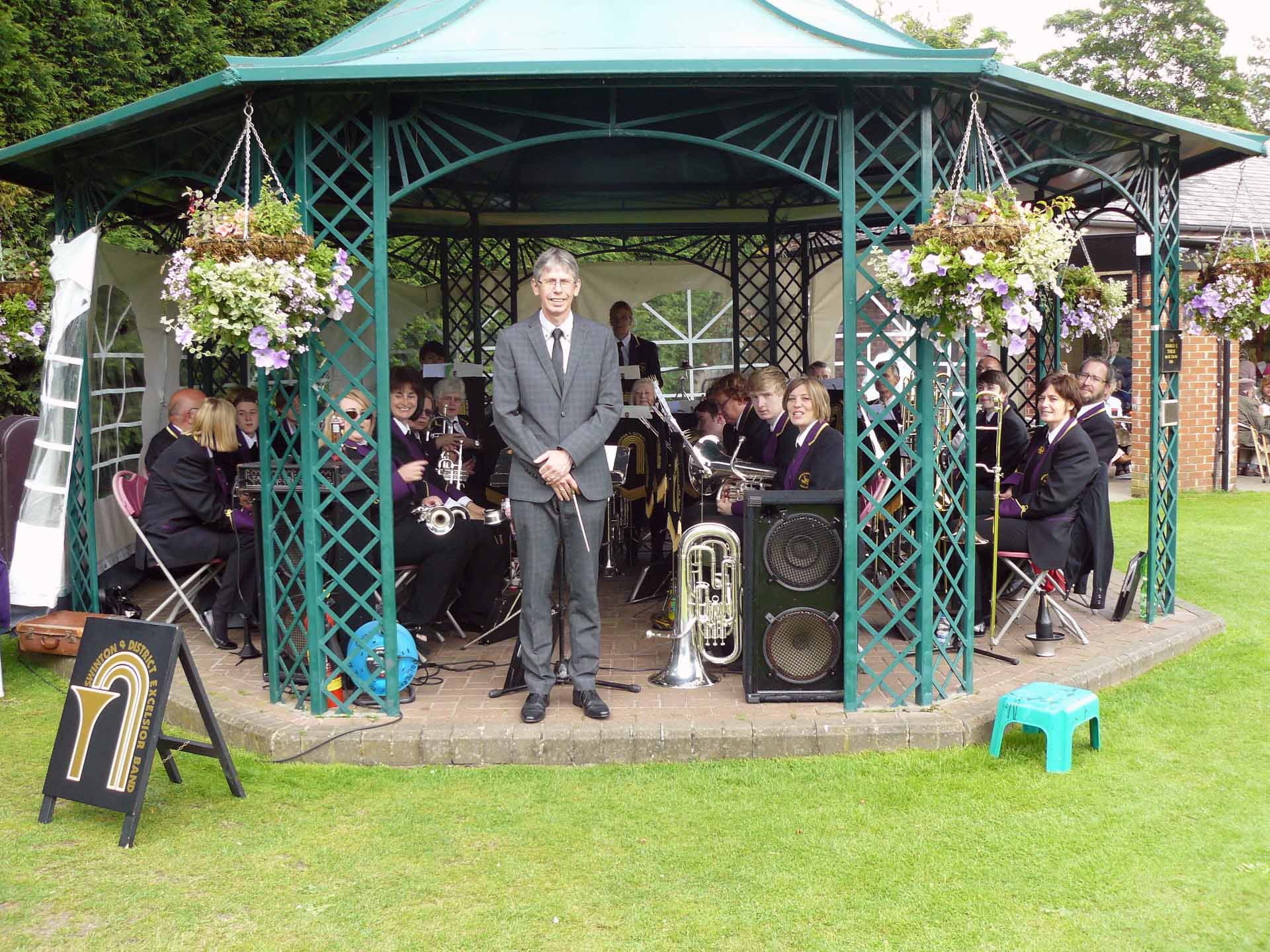 Here at Torr we were delighted to be contacted by yet another local brass band looking for our help in improving the ventilation & air quality in their rehearsal band room.

The Swinton and District Excelsior Band has a wonderfully documented history, dating back to the band’s inception in 1936.

Back then, 6 locals rehearsed in the unused Methodist Chapel at Swinton, the large, stone rectangular shaped building in Middle Street. In those early days the Chapel had no electricity, and practices during the winter months were lit by candles in bottles on tables.

85 years later, and now known as “The Band Room”, The band still rehearse in this lovely historic building in the village of Swinton, just outside Malton in North Yorkshire.

With a building of such an age, a delicate & sympathetic installation was called for.
Originally, the ducted heat exchanging ventilation system was going to be located in the loft space, but after further investigation, the original structure of the roof and its supporting beams & joists were deemed too fragile to support the size of system needing to be installed.

It was decided to mount the ventilation system inside an existing large cupboard within the bandroom.

The Mitsubishi Heavy Industries SAF range of heat exchanging ventilation units run very quietly, and even with this large system inside a cupboard within the actual rehearsal room, it would still run quieter than the bands existing Xpelair extract fan on the wall.

To preserve the frontage of the bandroom, we installed our ducting internally through existing vents to the original cast iron external vents. This meant there were no alterations whatsoever to the outside of the building, preserving its beautiful & historic frontage.

Internally, we reduced the size of the ducting to minimise its impact and visibility from within the rehearsal room. The majority of the ducting was deliberately set within the upper bounds of the cupboard below to allow the band to create another cupboard above the existing one which would provide additional storage space & hide most of the exposed new ducting.

Where it couldn’t be seen within the loft space, the ducting size was stepped up in size to reduce air velocity while maintaining air volume and helping to reduce any noise from the ceiling mounted air vents.
The ducting and fittings were prepared at ground level to make it easier installing it in the delicate loft space.

The band has an existing wet system of radiators to heat the rehearsal room in winter, but still opted for the additional ventilation heater battery that warms the fresh air being ducted in to the room when it’s particularly cold outside.

This small addition alone is capable of adding up to 10°C of heat to the incoming fresh air, with additional free heat being harvested by the system’s inbuilt heat exchanging technology.

The set temperature is set with a dial on the heat exchanger, then it automatically comes on when the temperature of the incoming fresh air drops below this setting. Similarly, it also turns itself off when it’s not needed.

For a more in-depth explanation on how this energy efficient SAF heat exchanging ventilation system harvests free energy to both warm & cool incoming fresh air, please take a look at our articles on our installations for Foss Dyke Brass Band and Cleethorpes Brass Band which both explain the workings & benefits of this Mitsubishi system in detail.

Once installed, these systems are very simple to control. There are basically 3 options – POWER, AIR VOL & VENT.

Hopefully, POWER On & Off doesn’t need any further explanation!

AIR VOLUME, set to either Hi or Low, can be used to alter the speed of the system. When the room has a low occupancy, perfect for sectional rehearsals, it can be run on Low where the fan speed reduces and the system runs whisper quiet. For 12 or more people, like full rehearsals, the system is run on high to exhaust the old stale air and bring in the maximum amount of fresh tempered air.

On the VENT button, the Heat Exchange setting is best used in winter or in summer when the room has air conditioning. The fresh incoming air is tempered with the outgoing air to warm or cool it before it enters the room.
In summer, if the room doesn’t have air conditioning, the system is set to Normal so that the warm incoming air is not warmed further by the heat exchanger.

This installation took 3 days from start to finish, and we’re pleased to say that the band were delighted with their new ventilation system, that will see them back in to rehearsals with much healthier & improved air quality.

The installation time could have been reduced to 2 days if it wasn’t for our lead installation engineer and Foss Dyke Brass Band’s lead Baritone player Garry Ornsby’s kind serenading of us during the install.

But special mention, and our sincerest thanks go to Swinton and District Excelsior Band’s very own Dorothy.
Dorothy was there to open up for us at every early morning, she was there to lock up after us every night, and most importantly of all, if it wasn’t for her generous stream of proper Yorkshire Tea and mountainous selections of biscuits, the installation may have taken 4 days!

For any help & information on your own ventilation project, please don’t hesitate to contact us at Torr.

For more information on the Swinton and District Excelsior Band, please take a look at their fabulous Website or pop by their Facebook page.